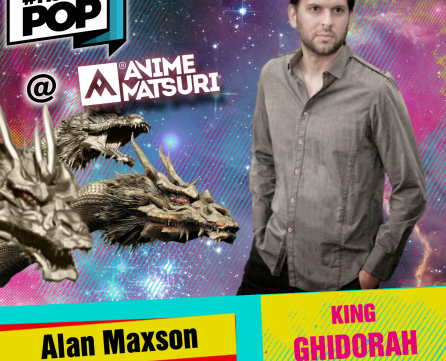 Alan Maxson is best known for playing monsters and creatures. His most recent work was performing motion capture as King Ghidorah (right head) for the upcoming film, Godzilla: King of the Monsters. Other notable roles include The Zombie in the opening sequence for AMC Visionaries: Eli Roth’s History of Horror, The Rake in The Raking, Cookie in Christmas with Cookie and The Creature in Sugar Pine 7’s The Woods.

Non-monster roles include Stone Evergreen in A Dead Dame in Hollywood, Cheedo in Bloodsucka Jones vs. The Creeping Death and Bob in Killjoy’s Psycho Circus.

Along with his on camera presence, Alan has also been heard as a voice actor. He performed the English dubs for Netflix’s foreign films, I Am Not an Easy Man, Nothing to Hide and Jefe. Alan also voiced the Sigma Brewing Company’s online commercial.