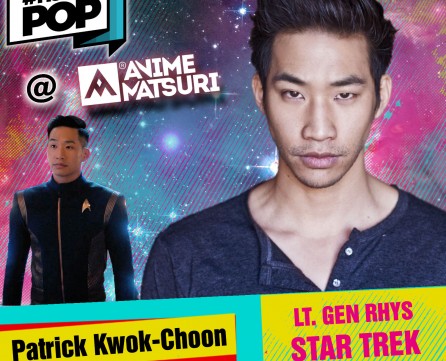 Patrick Kwok-Choon is an accomplished actor working extensively in theatre, television and film.

In 2012 he served as a lead actor / puppeteer in over 360 performances of the award-winning show WAR HORSE for the National Theatre of London. In 2014, he was one of 12 selected out of a pool of 600 actors across the country to train at the prestigious Canadian Film Centre Actors Conservatory.

He’s a highly skilled martial artist in Taekwon-Do, Muay Thai, and Krav Maga. He speaks English, French, and Mauritian Creole fluently. In his spare time he enjoys gardening, carpentry, and camping in the great outdoors.

Patrick Kwok-Choon is known for his role as Lt. Rhys on STAR TREK:  DISCOVERY, Perry Crofte on WYNONNA EARP, and Seth Park on OPEN HEART.