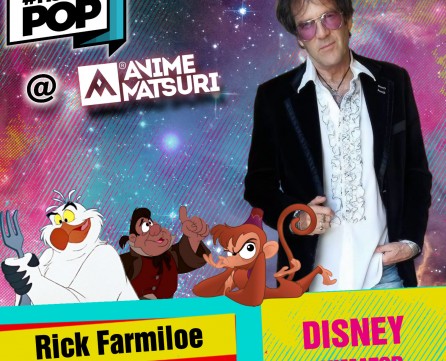 Rick Farmiloe has been animating childhoods for over 30 years, and is best known for breathing hilarity into iconic Disney sidekicks Scuttle, LeFou, and Abu in the beloved Academy Award-winning films The Little Mermaid, Beauty and the Beast, and Aladdin.

This American animator was first bitten by the cartooning bug at age five, while watching Walt Disney’s beautifully drawn, feature-length cartoon masterpiece, Pinocchio. At age twelve, after years of creating his own cartoons for family and friends, Rick was determined to be a Disney animator. In January 1982, after only one portfolio review, he was hired by Walt Disney Productions.

During his 11 years under contract with Disney, Rick animated on seven features, which also included The Black Cauldron, The Great Mouse Detective, Oliver and Company, and The Rescuers Down Under.

Beyond his body of work for Disney, Rick’s feature film credits include The Swan Princess, The Prince of Egypt, The Road to El Dorado, Shrek, Rugrats Go Wild, Curious George, The Simpsons Movie, The Boxtrolls, The Iron Giant: Signature Edition, and four Tom and Jerry direct-to-DVD films.

In 2011, Rick was an animator on two Annie Award-winning productions: Adam and Dog, which also received an Oscar nomination, and Kung Fu Panda: Secrets of the Masters. In 2015, Rick animated on yet another Annie Award winner, Coca-Cola’s Man and Dog.