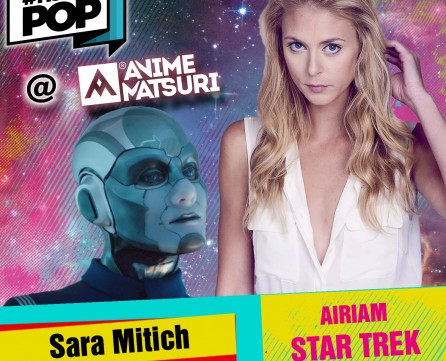 Sara is defined by her passion, discipline and remarkably wide range as an actor. Prior to acting, Sara’s first love was Ballet. At the young age of 9, Sara began at the National Ballet School of Canada where she flourished for several years.

Originally from Hamilton, Ontario, she now calls both Toronto and Los Angeles home. Though she is first generation Canadian, her family hails from Serbia and she remains fluent in both English and Serbian. When she is not acting, Sara is a horseback rider (western) and avid book lover of all genres.

You can catch Sara most recently in STAR TREK: DISCOVERY as Lt. Cmdr Airiam, and in the feature film WHITE NIGHT. Sara is best known for her portrayal of the loveable Gia in THE EXPANSE, and the controversial, but global fan favorite, Lillian Moss in MURDOCH MYSTERIES. She will also appear alongside Clive Owen in Andrew Niccol’s upcoming sci-fi feature ANON.